Students take on the persona of the people involved in trying to make a living on the goldfields and deciding whether to be involved in the Eureka Rebellion. They have to make crucial decisions. They are given choices and know that consequences will flow from their decisions. In this exercise students see that at every stage in the story there were alternatives that might have been available, but were, for whatever reason, not taken. It engages students with some key historical ideas — empathy, causation, values, motivation and consequences.

An interactive entitled, Can you strike it rich working the goldrush? is also available for this case study.

Can you strike it rich working the goldrush?
This decision-maker will help you understand some of the experiences faced by hundreds of thousands of people during the Australian gold rush period in the second half of the nineteenth century (1850–1900). Put yourself into the situation of a gold seeker — a British miner, a Chinese miner, a woman with a family, and a policeman — and make decisions about circumstances and situations that they typically had to face including whether to join the Eureka Rebellion!

You can play with one, two, three or four of these characters at the same time. You can do this by yourself, or with a small group. 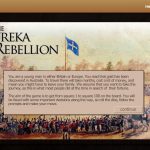 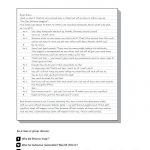 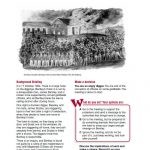