Students investigate one of the most significant episodes in Australia’s Second World War experience. Why was the bombing of Darwin ‘hushed up’ by the government? Was there a warning that was ignored? Was there looting and cowardice by soldiers? Was 19 February 1942 Australia’s ‘great day of shame’? Students visit the sites, analyse the maps, interrogate witnesses, sequence the events, and come to their own conclusions.

An interactive entitled, The bombing of Darwin, is also available for this case study. This module is currently under re-development due to FLASH being discontinued.

The bombing of Darwin
It is February 1942. A Japanese attack on Australia is expected. Can you prepare Darwin’s defences and
protect Australia from this attack? A historical decision-maker interactive. 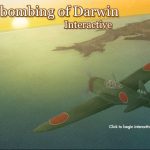 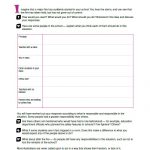 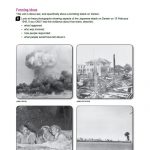